Explore films from the Duke Libraries to educate yourself about the significant contributions Asian Americans and Pacific Islanders have made to U.S. culture, and as a reminder of ongoing challenges they face, along with the anti-racist work that we have yet to do. The Celine Archive
Streaming video – Duke netid/password required
The Celine Archive is simultaneously an act of journalism, a journey into family and community memory and archives, a love poem, a story of grief and trauma, and a séance for the buried history of Filipino-Americans. Filmmaker and scholar Celine Parreñas Shimizu artfully weaves together her own story of grief with the story of the tragic death of Celine Navarro, which has become lore. In 1932, Navarro was buried alive by her own community of Filipino-Americans in Northern California, but the circumstances surrounding her death were and are unclear and have oft been spun, sensationalized, and dramatized. The filmmaker, a grieving mother with ties to the same community, finds resonance with Navarro’s memory and long-lost story, and she sets out to first learn — and then tell — the truth about Navarro’s death, ultimately portraying her as a feminist heroine. Asian Americans
Lilly DVD 33607 | Streaming video – Duke netid/password required
Asian Americans is a five-hour film PBS series that delivers a bold, fresh perspective on a history that matters today, more than ever. As America becomes more diverse, and more divided, while facing unimaginable challenges, how do we move forward together? Told through intimate and personal lives, the series will cast a new lens on U.S. history and the ongoing role that Asian Americans have played in shaping the nation’s story. The Chinese Exclusion Act
DVD 31536 | Streaming video – Duke netid/password required
This American Experience documentary examines the origin, history and impact of the 1882 law that made it illegal for Chinese workers to come to America and for Chinese nationals already here ever to become U.S. citizens. The first in a long line of acts targeting the Chinese for exclusion, it remained in force for more than 60 years. Mauna Kea: Temple Under Siege
Streaming video – Duke netid/password required
Inducted into the National Film Registry of the Library of Congress for 2020. Mauna Kea: Temple Under Siege paints a portrait of a mountain that has become a symbol of the Hawaiian struggle for physical, cultural and political survival. The program explores conflicting forces as they play themselves out in a contemporary island society where cultures collide daily. In an effort to find commonalities among indigenous people elsewhere regarding sacred mountains, the documentary visits Apache elders of Arizona who face the reality of telescope development on their revered mountain, Dzil Nchaa Si An, known as Mt. Graham. My America, or Honk if you Love Buddha
Lilly DVD 33771
The director of Who Killed Vincent Chin?  takes to the road to see what it means to be Asian American in our rapidly-changing society. Who Killed Vincent Chin?
Lilly DVD 28025  |   Streaming video –  Duke netid/password required
This Academy-Award nominated film is a powerful statement about racism in working-class America. It relates the stark facts of Vincent Chin’s brutal murder. Outrage filled the Asian-American community, after his accused murderer received a suspended sentence and a small fine, to the point where they organized an unprecedented civil rights protest. His bereaved mother, brought up to be self-effacing, successfully led a nationwide crusade for a retrial. This tragic story is interwoven with the whole fabric of timely social concerns. It addresses issues such as the failure of our judicial system to value every citizen’s rights equally, the collapse of the automobile industry under pressure from Japanese imports, and the souring of the American dream for the blue collar worker. Looking for Feature Films and more?

Lilly Library’s collection of feature films about Asian American and Pacific Islanders is rich and deep! Classic films, romantic comedies, family dramas, etc., created by Asians and Asian Americans are available to entertain and inspire you.

Discover the Duke Libraries’ collection of DVDs and streaming video platforms to watch Crazy Rich Asians, The Farewell, Joy Luck Club , The Namesake and Minari along with a host of other great movies. Hey, does anybody remember “Library Takeout”?

What are we saying, of course you do. That funkalicious earworm is probably still bopping around inside your head right now.

With its playful animation, catchy chorus, and infectious beat, the short music video takes a simple set of step-by-step instructions for using a library service during the pandemic and transforms them into something unexpectedly funky, danceable, and fun. It was composed, animated, and produced last summer by a staff member in our Music Library (and Duke alum!), Jamie Keesecker.

Soon after it was released, the video became a viral hit both on campus and off, racking up over 890,000 views on YouTube and more than a thousand appreciative comments. There have been articles written about it (such as this one, this one, and this one), drum jam fan tributes, and the music streaming service Spotify even tweeted about it, calling it “the greatest library-focused track ever made.” (Speaking of Spotify, you can also find the song there, where it has been played almost 300,000 times.)

Now the video has earned another distinction—the admiration of our library peers!

Every year, the Arlies festival highlights and shares multimedia projects developed by member institutions to increase knowledge and use of libraries, their spaces, services, collections, and expertise. The films are voted on by ARL member institutions, which include the 124 largest research libraries throughout the U.S. and Canada.

We are honored by the recognition, and absolutely delighted for our colleague Jamie, who deserves all the credit for bringing Duke’s unofficial pandemic anthem into the world.

Thanks to the video’s popularity, relatively few people at Duke can say they don’t know how to check out books from the library right now. As a matter of fact, many fans of the video who have no connection to Duke whatsoever could easily tell you the steps. As one YouTube commenter noted, “How am I going to explain that my favorite song is an instructional video for a library I’ve never been to, at a school I’ve never attended?!”

We may never be able to replicate the success of “Library Takeout.” In fact, we’re positive we won’t. (All those people who subscribed to our YouTube Channel are going to be pretty disappointed by our usual fare of instructional videos and event recordings.) But we feel lucky to have hit on something that clicked with our users and supporters, at a time when they (and we) really needed it.

So go ahead, give it another listen (or five). It’s precisely what you need. Grace in one of her favorite spots in Lilly Library

Do you remember the Library before the covid era? If you had ever been in Lilly Library late in the evenings, you may have seen our graduate student assistant, Odunola (who goes by Grace) at our desk. We are fortunate that Grace continued to work with us this past year. And, what a year it has been!

Adjusting to a very different library schedule, re-shelving thousands of returned books that were warehoused during the summer of 2020, scrupulously searching for books requested for Library Take-Out, and even helping staff prepare over 1500 “Welcome” library goodie bags for the Class of 2024 – Grace has been a vital member of our Lilly team this past year.

Now is your chance to get to know Grace in this profile, and you will appreciate her as much we do! Grace celebrating graduation Describe your work in Lilly and the changes you saw this pandemic year: Q: What’s the strangest or most interesting book or movie you’ve come across in Lilly?
A: There was a book (I can’t really remember the title) that showed portraits of African/Black women drawn during the slave trade era. According to the author, having one’s portrait done at that time was a thing of honor, however, the women were posed in such a dishonorable way because they were slaves even though they were beautiful to behold. It was an odd book.

Q: What is your favorite part about working at Lilly?
A: Manning the front desk and being able to help people out, working with kind and flexible staff members, occasional free food

Q: Least favorite?
A: Book search – I feel I have left the task incomplete when I do not find the book.

Q: What is one memory from Lilly that you will never forget?
A: How excited I was to come back after the initial lockdown restriction was eased. I truly missed working at Lilly.

Q: What is working in a now almost empty Lilly like compared to your past work at the Lilly desk?
A: It was quite strange at first. The pandemic was unexpected and its effects were far-reaching. The usually busy front desk and reading rooms became deserted and really quiet. It was quite strange. I miss the hustle and bustle of pre-covid.

Q: What will you miss most about Lilly?
A: The building itself! I love the architecture from the outside and the different rooms, especially the Thomas room upstairs. Apparently, I love old buildings.

Q: What are your plans after finishing your degree and leaving Duke?
A: I will be proceeding to obtain a Ph.D. degree in Medical Physics from the University of Alberta in Canada.

We wish Grace the best and much success as she continues her studies far from Duke. Congratulations! 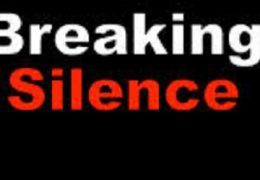 On the Record (2020, dirs. Kirby Dick & Amy Ziering)
streaming video | Duke netid/password required
On the Record presents the haunting story of former A&R executive Drew Dixon, whose career and personal life were upended by the alleged abuse she faced from her high-profile male bosses. The documentary follows Dixon as she grapples with her decision to become one of the first women of color, in the wake of #MeToo, to come forward to publicly accuse hip-hop mogul Russell Simmons of sexual misconduct. Primas (2018, dir. Laura Bari) Lilly DVD 32294
Primas is an evocative and poetic portrait of two Argentine teenage cousins who come of age together as they overcome the heinous acts of violence that interrupted their childhoods. The Bystander Moment: Transforming Rape Culture  at its Roots  (2018, dir. Jeremy Earp)
streaming video | Duke netid/password required
The #MeToo movement has shined much-needed light on the pervasiveness of sexual harassment and abuse and created unprecedented demand for gender violence prevention models that actually work. The Bystander Moment tells the story of one of the most prominent and proven of these models – the innovative bystander approach developed by pioneering scholar and activist Jackson Katz and his colleagues at Northeastern University’s Center for the Study of Sport in Society in the 1990s. Check out this and other films on gender violence prevention in the Media Education Foundation collection. Breaking Silence: a Film (2017, dir. Nadya Ali) Lilly DVD 31056
In Breaking Silence: a Film, Three Muslim women share their stories of sexual assault–and, in a deeply personal way, they challenge the stigma that has long suppressed the voice of survivors. Throughout America, many Muslim communities persist in stigmatizing all discussion of sex-related subjects. This documentary takes a radical and humanizing approach to the emotional scars of sexual assault, giving women the space to share their voices without shame.

And coming soon to Lilly’s film collection: SISTERS RISING, a powerful feature documentary about six Native American women reclaiming personal and tribal sovereignty. Native American women are 2.5 times more likely to experience sexual assault than all other American women, federal studies have shown, with one in three Native women reporting having been raped during her lifetime. Their stories shine an unflinching light on righting injustice on both an individual and systemic level. Each year, the Duke University Libraries offer four different prizes to reward excellence in student writing. If you’re a Duke student, consider submitting your work for one of these prizes. The awards carry a cash prize of $1,000 (Aptman, Holsti and Middlesworth) or $1,500 (Rosati).