All individuals are required to wear face masks in the library, regardless of vaccination status. 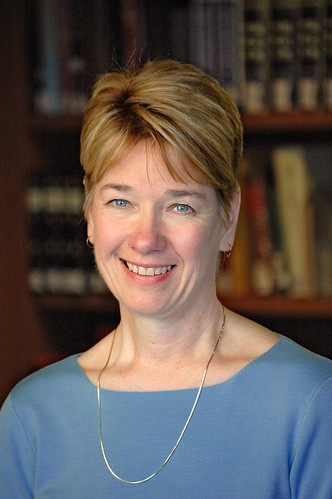 Deborah Jakubs is the Rita DiGiallonardo Holloway University Librarian and the Vice Provost for Library Affairs. She leads efforts to cultivate information services that support the teaching and research of the Duke community and the international community of scholars. She administers the Duke University Libraries system, comprised of six libraries and a state-of-the-art, high-density repository. She also works closely with the university's chief information officer and deans to ensure that the libraries are contributing fully to Duke teaching and research initiatives.

Prior to being named head of the Duke University Libraries in 2005, Jakubs served as Director of Collections Services, Head of the International and Area Studies Department, and Librarian for Latin America and Iberia at Duke, where she is also an adjunct associate professor of history.

Jakubs serves on numerous advisory boards and consults widely on research libraries. She has been particularly active in the growth of area studies, international education, and cooperative collection development. She has served on the Board of Directors of the Association of Research Libraries (ARL) and is the current President of ARL. Jakubs was an ARL visiting program officer from 1996 to 2002, when she launched and directed the Global Resources Program, a joint multi-institutional effort of ARL and the Association of American Universities (AAU) to expand access to international scholarly resources through cooperative structures and new technologies. With the Center for Research Libraries, she recently convened and chaired an invitational forum at Duke on the Global Dimensions of Scholarship and Research Libraries, focusing on the problem of decreasing acquisitions of foreign language materials in United States research libraries and the potential impact on scholarship, particularly in the humanities and social sciences.