This exhibit of early "funnies" is drawn from the volumes of the recently acquired American Newspaper Repository (ANR) which contains over 152 titles dating from 1852 through 2004. Long runs of The World and The Chicago Tribune provided material for the exhibit. At the turn of the nineteenth century, two newspaper titans, Joseph Pulitzer and William Randolph Hearst, were engaged in a bitter rivalry for supremacy in the New York market. The introduction of the color printing press and the modern "comic strip" was instrumental in their competition to circulate the most newspapers.

The online exhibit is no longer available, but an archived version can be viewed at the Internet Archive. 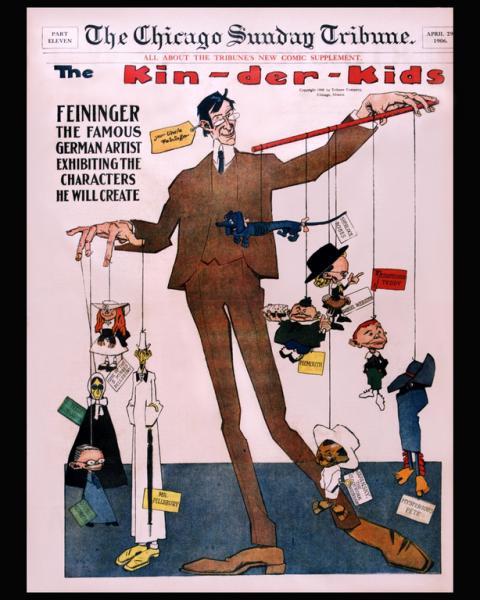