An exhibit of photographs exploring the urban environment by student Michal Koszycki, class of 2010. Meaning and form intersect at different levels of intensity from road signs and billboards to piers supporting a highway.

It excites me to explore the urban environment. The Camera allows me to document the first impression, the first interaction with the urban form. On that level I am mute. I don't fully participate in the city.  I am foreign. I visit it for the first time. From behind the lens I can resist being pulled into its internal life and operations. This perspective frames the city:  it both reduces and enhances my experience.

I pass through cities. I move along like a foreign particle through the organism's bloodstream.  I am pushed through, together with the many people that seem to think that the city concerns them in some internal way.  As I pass I see an overwhelming variety of surprises.  Meaning and form intersect at different levels of intensity from road signs and billboards to piers supporting a highway.  The result is a complicated medium that becomes a total living environment.  My photographs are an evidence of wonder at the material presence of the city as well as an attempt to capture how the forms necessarily mean things.  I necessarily conceive of the city that faces me.

The networks of material form and meaning are never complete. The fanatic excitement feeds of accident-a bird passing by. 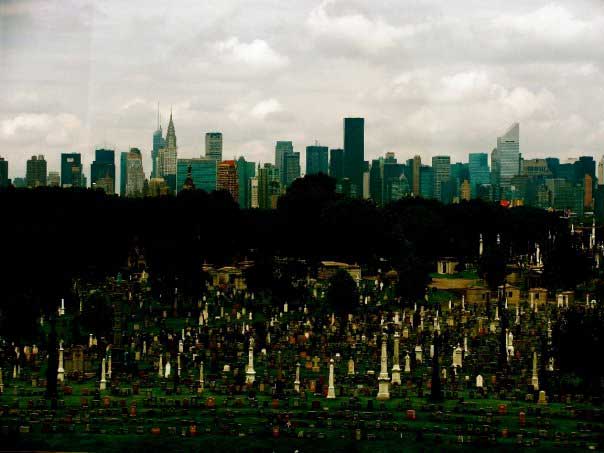