Afghanistan in the Collections at Duke University Library

Afghanistan (افغانستان ) is a landlocked country comprising 34 provinces, an estimated 30 million people, and between 40-50 languages, of which Dari (فارسی دری) and Pashto (پښتو), the two official languages, are the most commonly spoken. While the sobriquet the “graveyard of empires” has recently gained primacy in common speech and thought, the reality is vastly different. Many of Afghanistan’s most important cities, such as Herat (هرات) and Mazar-i Sharif (مزار شریف) were important spaces for commerce as well as intellectual exchange, particularly as cities along the Silk Road. Indeed, the prominence of Afghanistan is notable for the number of diverse empires that are associated with its long history: the Ghaznavid (غزنویان‎), the Timurid (تیموریان‎), the Mughal (مغول‎) to name but a few. Culturally, Afghanistan has been the home for some notable persons such as Rumi, the 13th-century Persian Sufi mystic, who is still one of the most widely read poets in the world.  Moreover, while Afghanistan has become a predominantly Muslim country, there has always been a plurality of religious thought, from Buddhism to Christianity to Judaism as well as Zoroastrianism.

The current exhibit is an attempt to offer a glimpse into this little-known history through the holdings on Afghanistan from Duke University Libraries.  This exhibit was organized by the librarians of the International and Area Studies Department and is dedicated to the South Asian studies librarians, who have helped to build Duke’s collection on Afghanistan. 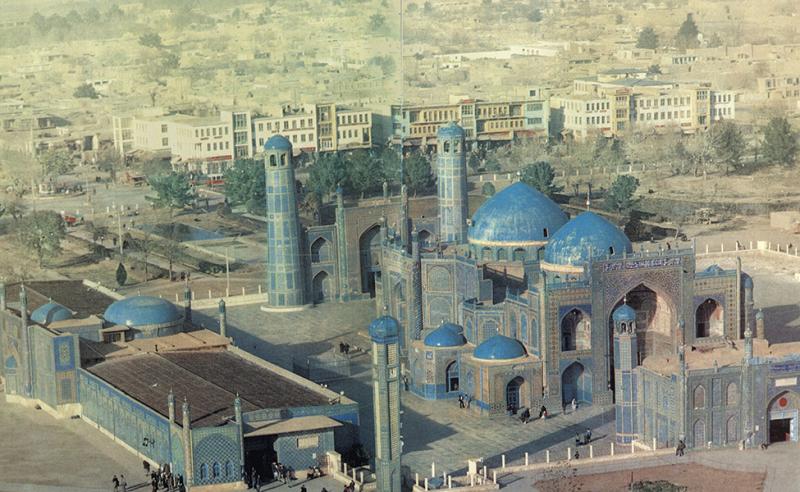