Abraham Lincoln led the United States through its greatest trial and through the end of American slavery. In doing so, he sought to protect “a new nation, conceived in Liberty, and dedicated to the proposition that all men are created equal.” Lincoln helped reshape and reform notions of citizenship, identity, and service and made important contributions to conversations that continue today.

Throughout his political career, Lincoln was in dialogue with others, and his views and positions evolved over time. This exhibit explores the people and parties that influenced him and the ideas he advanced or opposed.

Looking back in 1876, abolitionist Frederick Douglass noted that “Our faith in [Lincoln] was often taxed and strained to the uttermost, but it never failed.” Lincoln’s struggles and choices challenge us to consider what unites us as a nation and which values are worth the ultimate sacrifices. 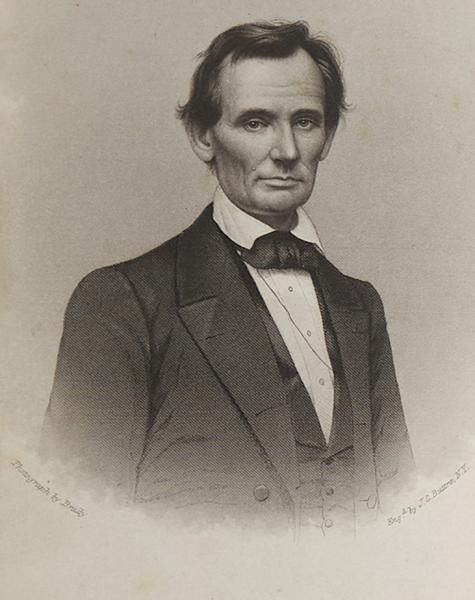