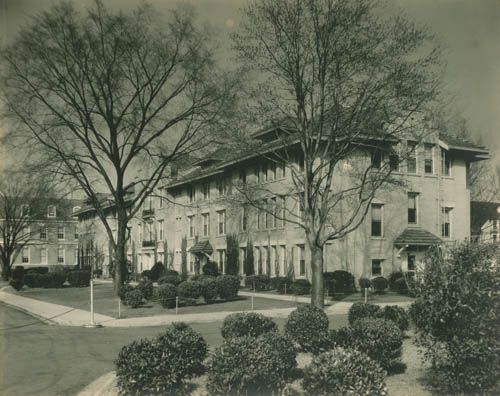 East Residence Hall is a three-story building of white pressed brick and Indiana sandstone, roofed with green tile; it complements Jarvis Residence Hall architecturally. Its construction began January 4th, 1911, the same day the original Washington Duke Building was destroyed in a fire. It was known as the East Dormitory until 1912, when it was named in honor of former North Carolina Governor Charles Brantley Aycock (1859-1912). The building initially served as a men's dorm until the opening of West Campus and the creation of the Woman’s College in 1930.

After significant controversy, the building's name was restored to "East Residence Hall" in June 2014.