James Haywood Southgate (1859-1916) was a prominent Trinity College trustee from 1896 to 1916 and chairman of the Board of Trustees from 1897 to 1916. He presided over the John Spencer Bassett academic freedom affair, supporting Bassett despite political pressure to repudiate him.

The building was built after a 1920 memorial campaign conducted by the citizens of Durham, and supported by Benjamin N. Duke. Completed in September 1921, the building served as a women's dormitory until 1931, when it was repurposed for the use of engineering students. Built of white pressed brick with a green tile roof, the interior was remodeled during the summer of 1938. It originally had accommodations for 140 students, with a gymnasium, dining hall, parlors, infirmary, offices, and recitation rooms. After the remodeling, its capacity was expanded to 160 students. The dormitory still boasts a basketball court, and has newly renovated kitchens and bathrooms. 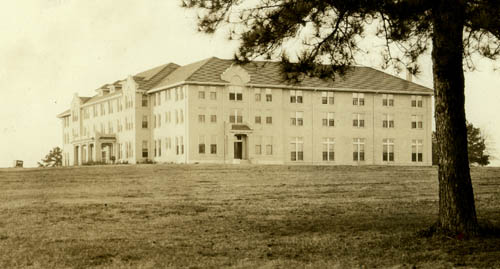