The building now known as Lilly Library opened in 1927 as the first library built for the fledgling Duke University. For more than four decades, it served as the Woman’s College Library. It became the East Campus Library when the Woman’s College merged with Trinity College in 1972. In 1993 the building was partially renovated and renamed Lilly Library in recognition of a gift from Ruth Lilly. Since then it has served as the primary academic support space for first-year students at Duke.

Beloved But Left Behind

Each year, more than 1,700 first-year students make East Campus their home and rely on Lilly Library for their academic success. For first-year students and their parents, East Campus and its library serve as an introduction to Duke. Faculty and graduate students whose departments are on East depend on Lilly for library services and materials, as does anyone who uses the art and philosophy collections housed there.

While Lilly Library and its staff are popular with first-year students and other library users, the lack of services and adequate space prevents it from fully meeting their needs. Many of the library services and spaces today’s students need to succeed are available in Perkins and Bostock Libraries on West Campus, but not on East. The building is severely lacking in functionality, flexibility, and technology. Its outdated building systems, inadequate power outlets, and cramped, poorly lit study spaces mean that Lilly is not up to contemporary standards of safety, accessibility, usability, and service.

Renovating and expanding Lilly would retain the charm of its most beloved spaces, such as the Thomas Reading Room, while at the same time modernizing the aging building structure and adding new spaces for study, collaborative research, and crucial services—such as tutoring space for the Thompson Program’s Writing Studio, event space for the FOCUS Program, an exhibit gallery, a student testing facility, and more seating. An added commons would become the crossroads for East that the von der Heyden Pavilion is for West, encouraging informal interactions between faculty, graduate students, and undergraduates.

A renovated and expanded Lilly would dramatically improve the student experience at Duke. The result would be a reinvigorated and better integrated East Campus, with Lilly serving as the focal point for a new academic neighborhood that incorporates recently constructed residence halls, all of which would impress and appeal to prospective Duke students, their parents, and faculty. 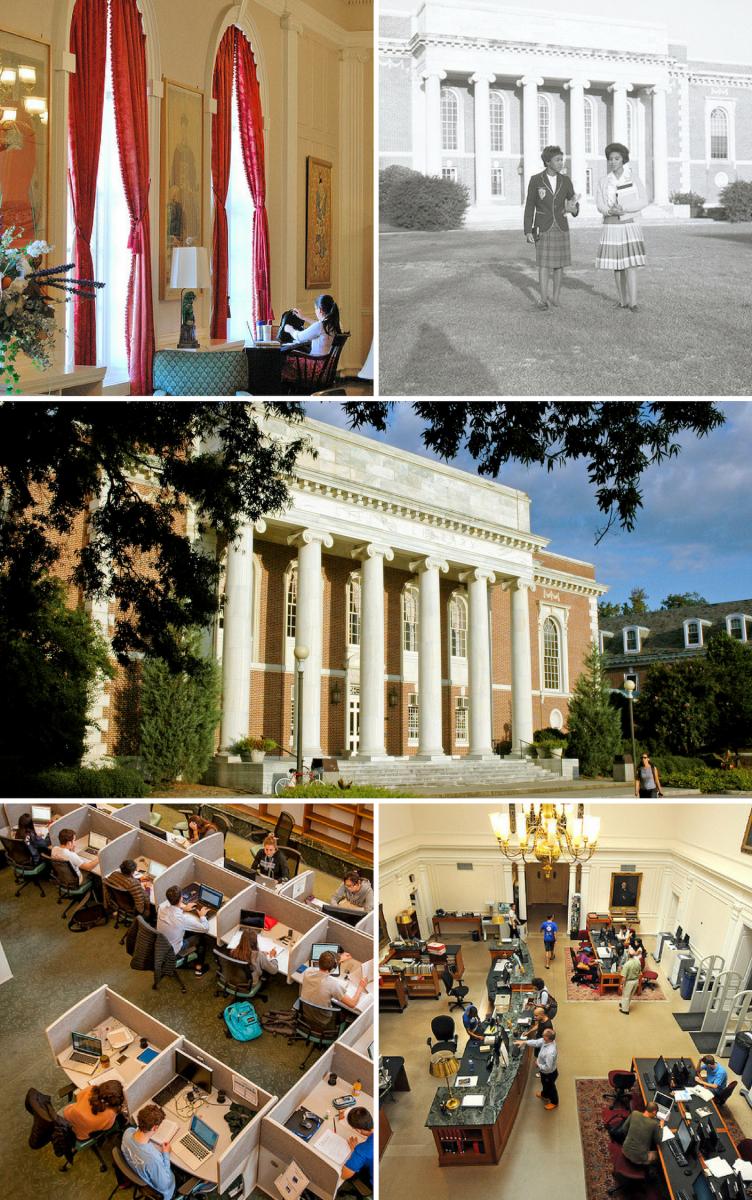 View of the main entry lobby before and after renovation.

Planned new entrance on the west side of the building. All renderings by Dewing Schmid Kearns Architects and Planners.

View of the Few Reading Room, before and after renovation.

To find out how you can support the renovation of Lilly Library, contact Blue Dean, Associate University Librarian for Development. We also invite you to see our naming opportunities for the planned renovation and expansion.

Support the Libraries
Give Now