Giovanni Boccaccio (1313-1375) is usually regarded as one of the “three crowns” (tre corone) of the Italian literary tradition, along with Dante and Petrarch. Although his fame has been occasionally obscured by that of his fellow Florentines, their popularity was due in no small part to his promotion of them as model literary intellectuals. This exhibit reveals how Boccaccio’s diversity of interests, including vernacular fiction, classical mythology, and the lives of women, could itself serve as a model. 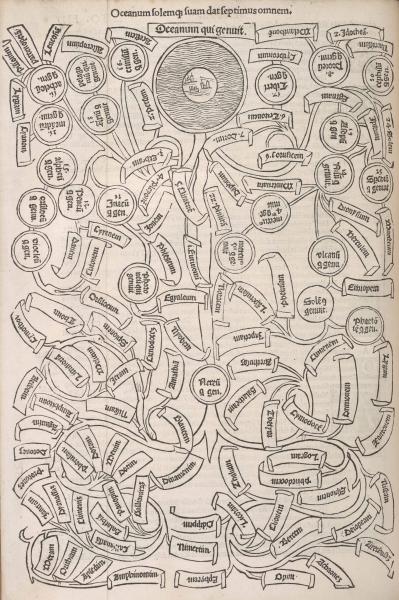