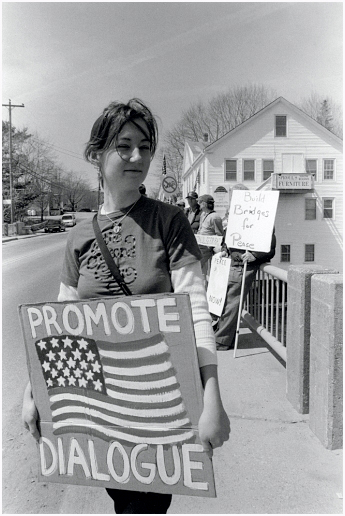 The Archive of Documentary Arts is part of Duke University’s David M. Rubenstein Rare Book and Manuscript Library. Its mission is to collect, promote, preserve, and provide access to audio, moving images, photography, and text from around the world related to the documentary endeavor for the purpose of inspiring reflection, research, creative expression, and dialogue in this moment, and for generations to come.

We are interested in work that curiously engages with the world and that is, as former Center for Documentary Studies Director Tom Rankin describes, “derived from an in-depth understanding of place, history, and the current situation, in concert with a personal relationship to the proposed work. Ultimately, the commitment is to use documentary expression to motivate the thinking and reflection of others.”

The Archive of Documentary Arts was initiatied within the Rubenstein Library in 1991 with the acquisition of Paul Kwilecki’s photograph’s and papers. The acquisition of William Gedney’s photographs and writings in 1992 strengthened the library’s commitment to the collection of complete archives by individual photographers that include not only finished prints, but documents of the entire creative process including work prints, negatives, journals, and related ephemera. The ADA continues to collect individual archives as well as portfolios, photobooks, audio, moving images, and vernacular image collections.

The Rubenstein Library have collaborated with and collected work generated by Duke’s Center for Documentary Studies since its founding, originally as the Center for Documentary Photography, in 1980. The ADA has also partnered with the Full Frame Documentary Film Festival since 2007 to acquire, archive and preserve copies of the festival’s award-winning films. The ADA also works closely with Duke’s  Program in the Arts of the Moving Image, the Department of Art, Art History & Visual Studies, and the MFA program in Experimental and Documentary Arts.